Houston’s Clear Thinkers is a blog that I have maintained since February, 2004 that focuses on developments in law, politics, business, and related areas that are of special interest to Houston’s remarkably diverse legal, business, academic and medical communities.

By way of background, Houston’s Clear Thinkers is the evolution of a private email group that I maintained during the late 1990’s through 2003. Over that period, this email group steadily grew into an eclectic mix of over a hundred businesspeople, attorneys, doctors, accountants, teachers, and professors from Houston and around the world.

Among other issues, I have written extensively on my blog about anti-business bias, particularly the increasingly common use of the government’s prosecutorial power to regulate beneficial business risk-taking that creates wealth and jobs for families and communities.

The following are some samples of my blog posts, which will provide you insight into how I think and write:

My letter to U.S. District Judge Sim Lake on the re-sentencing of former Enron Corporation chief executive officer, Jeff Skilling. The letter explains the widely misunderstood nature of Enron and business failures in general, as well as the unjust prosecution and conviction of Mr. Skilling, which was overturned by a unanimous U.S. Supreme Court. Mr. Skilling’s case remains important to this day.

How Ken Lay was the victim of the Enron Myth, a myth that Malcolm Gladwell highlighted in a subsequent article on the case against Lay and Skilling. Indeed it would have been wrong to prosecute business leaders during the 2008 financial crisis for making the same type of public statements that Mr. Lay was prosecuted for.

Why the U.S. Treasury bailout of Wall Street in 2008 was unnecessary and counterproductive to efficient market corrections.

My explanation in 2005 why threatened government action against A.I.G. could trigger an Enron-type meltdown of A.I.G.

Interestingly, several years later, A.I.G. suffered such a meltdown during the financial crisis of 2008. Unlike Enron, A.I.G. was bailed out by the U.S. Treasury, along with numerous other Wall Street institutions.

Why it is important to all of us for the Rule of Law to apply even to people who seemingly do not deserve it.

Having practiced law in Houston for over 35 years, I’ve heard my share of funny courthouse anecdotes. Here is one of the best.

In regard to some non-legal topics, the following posts provide some thoughts on the true cost of urban boondoggles such as Houston’s light rail system, Harris County’s Bayport Cruise Terminal, and a remodeled Astrodome.

Houston is home to the world-renowned Texas Medical Center and NASA, so scientific and medical research are important topics of interest.

Sports are always a big topic of conversation in Texas, so here is an explanation of why the big business of intercollegiate football is an entertaining form of corruption.

Also, here are some thoughts on the difficulty of making it to the National Football League and my top ten tips for coaching youth sports.

Finally, I enjoy golf and Houston has many fine golf courses, so here is a slideshow of some of my favorite golf holes in the Houston area. And here is a piece on the many travails of Houston’s PGA Tour event, the Houston Open.

This is my tribute to one of Houston’s finest teachers, as well as my remembrance of a special father. 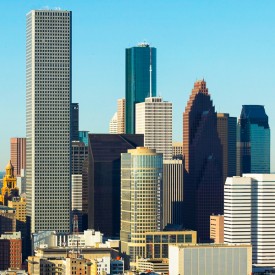